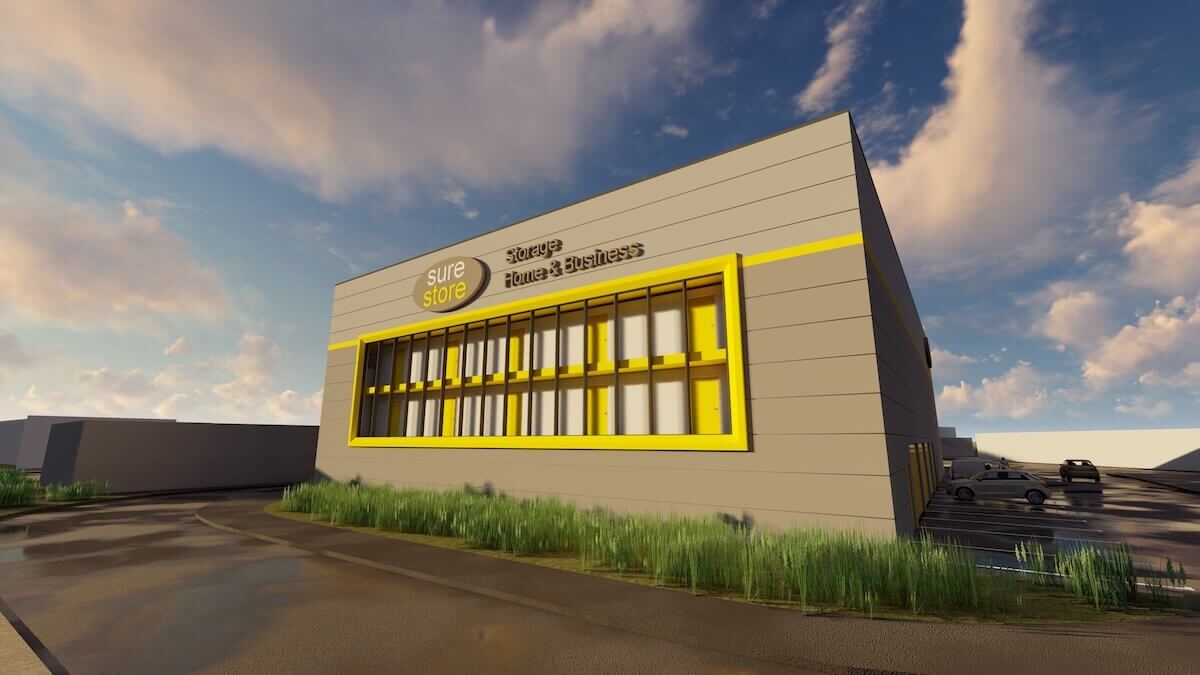 Welcome to SureStoreʼs answer to modern storage, trading and working – or what SureStoreʼs two founders, Mike Wilson and Andy Wood, describe as “a visionary hybrid of traditional self-storage, which combines a domestic and business self-storage offer with co-working space and trade counters”.

The company aims to capitalise on the gig economy by catering for those who need storage space and the flexibility to work and sell their goods from the same site. On the back of the success of its first three sites, which opened last year, SureStore plans to roll out the concept across the North West and Midlands, where it hopes to have 10 units operational by 2021.

Wilson and Wood founded SureStore in 2015. They first met at the FEDESSA Conference in 2008 and talked about merging their businesses,

Smart Storage and Storage Boost. However, due to the investment structure at both companies, this was not possible at the time. They stayed in touch though, and at one time Wood worked for Wilson as a consultant.

It was not until Seneca Partners, the investor behind Wilsonʼs Smart Storage, announced it was keen to roll out 10 stores that Wood, who had just sold Storage Boost, finally came on board as co-investor as part of that drive. Wilson and Wood were finally in business together and they decided it would be simpler to roll out these new stores as ‘SureStoresʼ – which had originally been a sub-brand of Smart Storage – under a separate company.

Keen to focus on SureStore, Wilson – who is also chair of the Self Storage Association UK – sold Smart Storage for £13m in March 2018.

Today, there are an estimated 1,505 self-storage sites in the UK and in recent years, occupancy has increased by around 3% year on year. Given their experience in the sector and the strength of the market, Wilson and Wood felt confident that SureStore would be a success.

The pair spent three years putting plans in place and looking for sites in the North West and the Midlands. The first managed SureStore facility opened in Bolton in May 2018.

Since then, they have launched two other facilities – in Northwich and Cannock – and have plans to open a further five sites this year in Bury, Wigan, Lichfield, Burton and Old Trafford. An additional two sites were in legal negotiations as Property Week went to press.

Ranging from 40,000 sq ft to 60,000 sq ft, the sites will mainly be brand- new purpose-built facilities – a key part of the SureStore business plan.

“We felt it was crucial for us to build brand-new product – to start afresh,” says Wood.

The Bolton and Northwich stores are conversions of retail buildings due to difficulties finding sites for new-build but the plan going forward will be to concentrate on purpose-built facilities. “[Going for new-build] made it more difficult to find locations, but the end product is industry leading, and thatʼs what we set out to do,” says Wilson.

The pair says installing solar panels and advanced control panels and providing electric car charging points helps to make them “industry leading”, as well as the use of Site-Link – the largest global provider of cloud-based self-storage software – which enabled them to create what they claim is the first UK website people can use to browse and reserve space, e-sign their contract and pay fees.

The decision to include co-working and trade counter space on their sites ties in with this.

Wilson says the move towards this modern breed of self-storage facilities began after the 2008 recession. “The world saw the emergence of the gig economy, with people starting companies using the internet as a base. In our old businesses, people were asking ‘can I have a desk within the storage unit?.”

As Wilson points out, there were “operational difficulties” with letting people have desks in their storage units, not least the lack of ventilation. So the idea to build adjacent co-working space was born. There are onsite trade counters and traditional retailers, too, in units of up to 1,000 sq ft. Occupiers include carpet sellers, a wholesaler selling ink to the tattoo industry, a building service company, a tailor, a florist and a T-shirt printing company.

Wood says this mixed business space helps to create a community feel and drives additional customers to the storage facility. “People come in, see what we do and say ‘oh, actually, this is really suitable for me, too.”

The pair has thought about diversifying the business further, having had enquiries from Deliveroo and others for pop-up kitchens on their sites. But as Wood says: “Thereʼs the adverse effect of food smells. Itʼs not the customer experience we want to deliver.”

While not all uses will be suitable, Rennie Schafer, chief executive of Self Storage Association UK, says diversification will become more important, especially as there are now one million businesses using self-storage facilities as a base in the UK.

“[Those] such as SureStore that provide trade counters and co-working spaces… foster the development of business in their local area,” says Schafer. “You will see more of this in future self-storage development.”

It is clearly working for SureStore. In just eight months, more than 40% of the companyʼs 120,000 sq ft of storage space has been let – roughly 40% to businesses and the rest for domestic use. Turnover is £550,000, an increase of more than 500% since this time last year.

The Seneca Partners team is excited about SureStoreʼs expansion and the overall health of the self-storage market. “What really excites us is the potential to take advantage of those market dynamics by bringing fresh, attractive, purpose-built stock to the market tailored to the needs of the modern-day consumer,” says Seneca director Tim Murphy.

Murphy says tech-led purpose-built units are the future of self-storage and “we would not be interested in supporting tired, converted stock”.

Wilson and Wood attribute SureStoreʼs early success, and the success of the wider self-storage market, to several factors: the flexibility of the product; structural changes in the retail market caused by online businesses; the lack of housing supply; and, connected to that, people wanting to speed up the moving process by storing their belongings while their house is on the market.

The focus for Wilson and Wood is to open the 10 North West and Midlands sites by 2021. Then the plan is to go south.

“Absolutely south,” says Wood. “We are looking to move beyond our current geography. It all depends on finding the right investment moving forward. We have an excellent relationship with Seneca and will be with them in the north and Midlands, as long as they have an appetite to fund beyond the 10 stores.

“Further south, we will probably look to other investment partners, but would certainly give Seneca first refusal on any sites.”

There is a new storage provider on the scene. The question is: will SureStoreʼs competitors copy its mixed-use model? 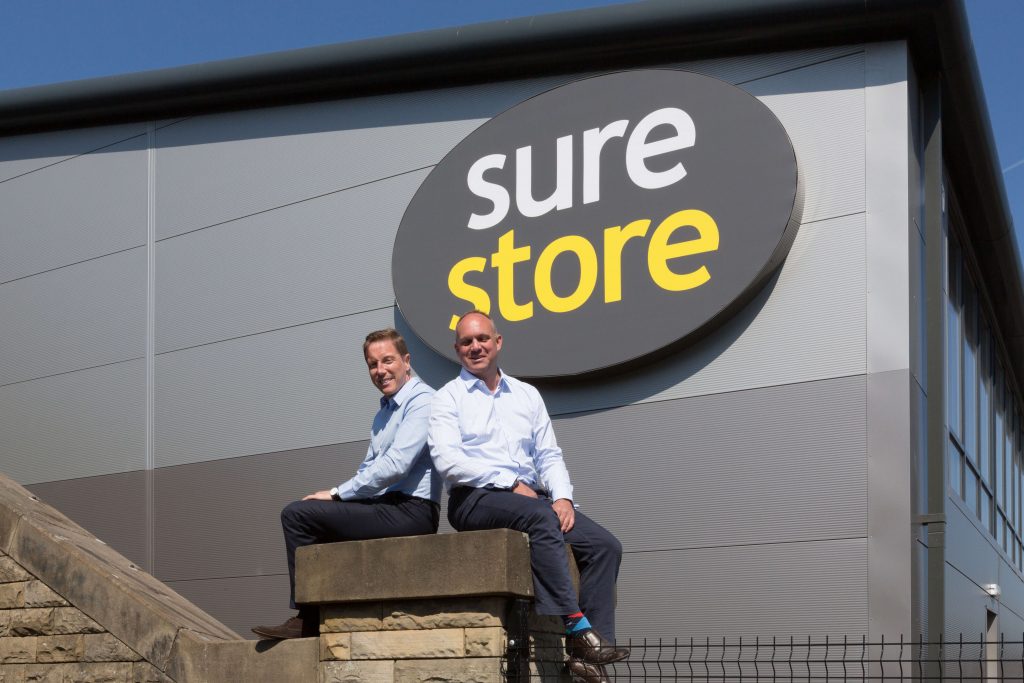