Nobody Goes in Unit 237… A spooky storage-based Halloween surprise 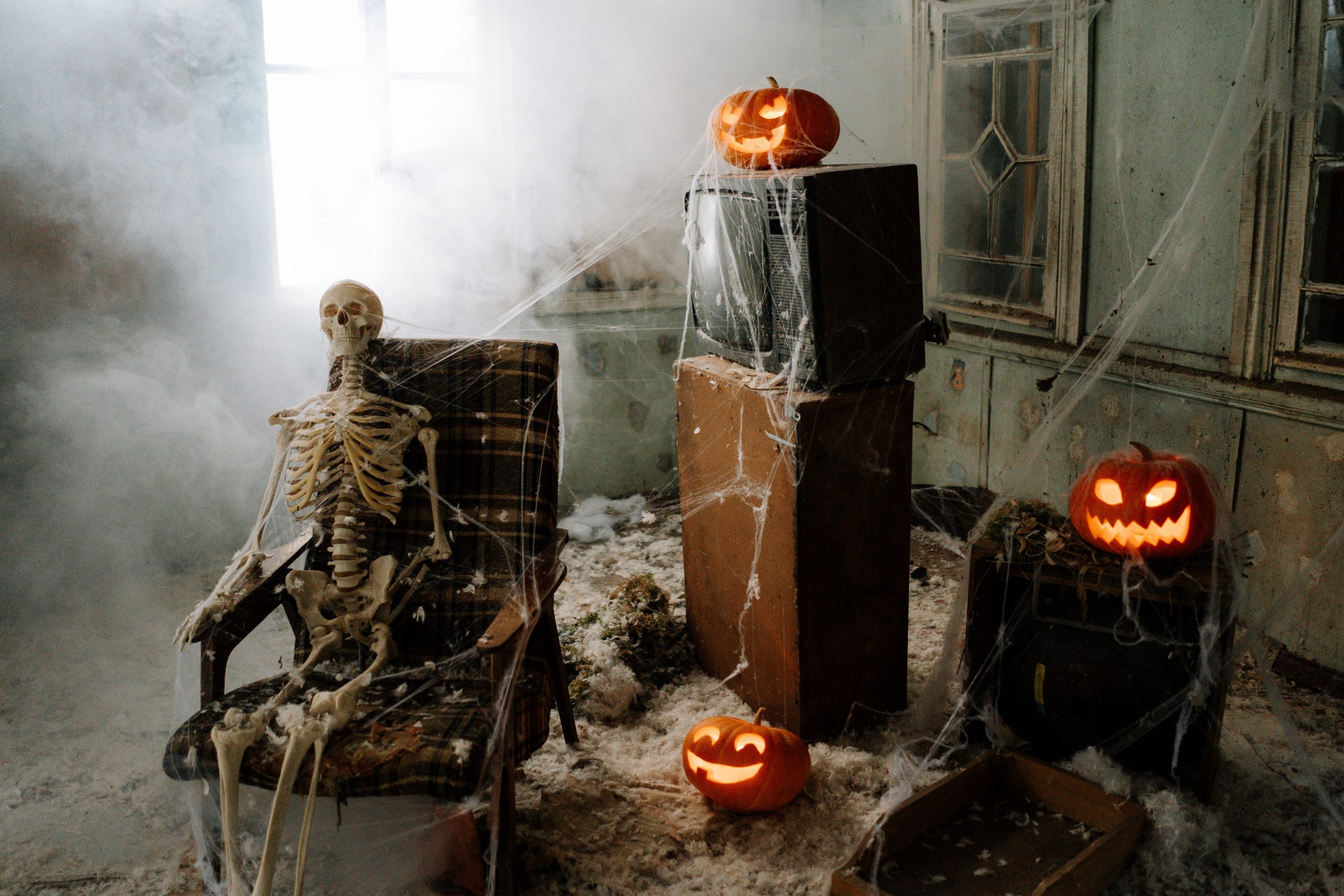 Nobody Goes in Unit 237… A spooky storage-based Halloween surprise

Are you sick of being woken by bumps in the night? Tired of your haunted item or artefact moving your car keys or levitating your children? Then we have the perfect solution for you!

Now at your local SureStore storage facility, you’ll find a revolutionary new spirit-proof storage unit; perfect for the safe containment of even the most haunted of heirlooms. With our new spirit-proof storage solution, sudden scares and unwanted possessions are a thing of the past, but don’t take our word for it, take a look at some of these haunted objects that would be perfect for safekeeping within the unbreakable Unit 237!

The Woman from Lemb (A.K.A “The Goddess of Death”) 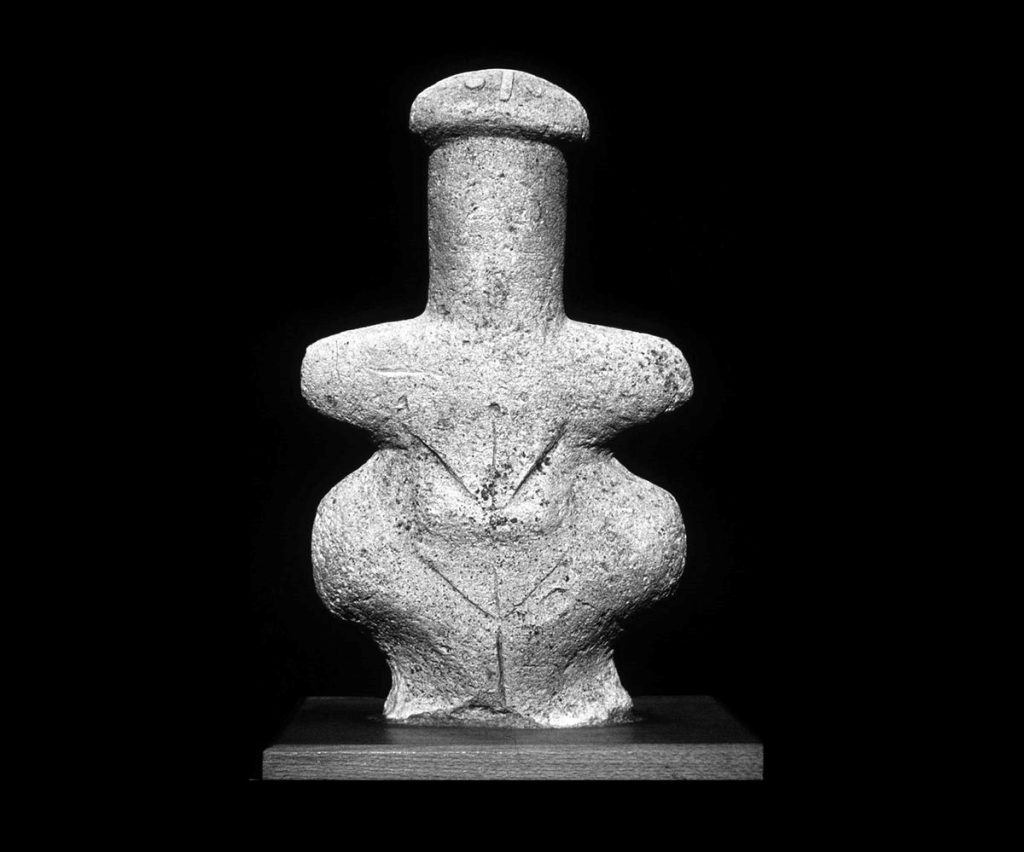 Whilst this ancient statue was created to depict a Cypriot fertility goddess, it seems all that follows in this artefact’s wake is death and destruction!

Dating back to roughly 3500 B.C.E., the limestone ‘Lemba Lady’ statue was recovered from Lemb, Cyprus in 1878. The story goes that since it’s recovery, the statue has had at least four owners, all of whom died within 6 years of owning the artefact.

First, Lord Elphont acquired the statue during the British colonial occupation of Cyprus. Along with several other members of his family, Lord Elphont reportedly died within six years of obtaining the relic. Next, after being purchased by a man named Ivor Manucci, the statue travelled westward across Europe; unbelievably the Manucci family fared worse than Elphont’s, with all of them having passed away within four years of owning the artefact.

A similar fate befell the statue’s third owner, a Lord Thompson-Noel, and his entire immediate family… all of whom were dead within a few years.

Finally, the last known private owner of the last known private buyer was said to be Sir Alan Biverbrook, who also died along with his wife and two daughters in an even shorter period. After their passing, his two sons found themselves in possession of the notorious statue. Fearing the curse would claim them next, they donated the statue to the Royal Museum in Edinburgh… but even then, the curse did not diminish in power; when the museum finally put the statue on display, its curator died mysteriously within a year of handling it.

Horror movie fans will be no strangers to the name ‘Annabelle’, with the doll featuring in several horror movies in recent years including The Conjuring, three stand-alone films in the ‘Annabelle’ series.

However, what many fans may not know is that the film was heavily inspired by a real-life doll, which many who’ve had contact with the doll have reported to have had unexplainable supernatural experiences. 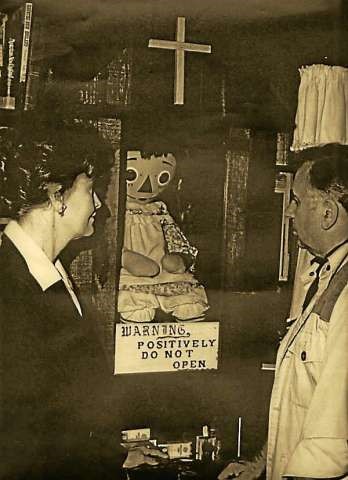 After a pair of American nursing students found themselves terrorized by Annabelle’s presence after purchasing the doll from a hobby store in 1970, renowned paranormal investigators Ed and Larraine Warren were brought in to help. They report that initially, the doll’s spirit claimed to be that of a young girl, Anabelle Higgins, however, they soon discovered this was not the case. The Warrens quickly concluded that the entity within was a malicious demon posing as a child, who’s true intention was to claim the souls of the nursing students!

After conducting an exorcism on the doll, supernatural events seemed to desist, however after the Warrens took Annabelle away and locked her in a glass case in their home, it seems she started getting up to her old tricks again!

It’s said that Thomas Busby’s ‘stoop chair’ has claimed the lives of several people who have dared to sit upon it over the past three centuries.

As the story goes, Thomas Busby was a petty criminal, known for robbery and violent confrontations.

When he wasn’t up to no good, he could often be found enjoying a drink in his favourite pub, sitting in his favourite chair. After yet another high-tempered altercation with his Father-in-Law, Thomas Busby followed the man home to kill him. After a swift investigation, the local police quickly concluded that Busby was guilty of murder, and sentenced him to death by hanging in 1702.

As a show of leniency, the law allowed Thomas Busby one final drink, and of course, he chose to sit in his favourite chair to do so. Before he finished his drink, Busby exclaimed: “Death shall come swiftly to anyone who dares to sit in my chair!”

The chair remained in the pub for centuries, and inevitably, over the years, patrons dared each other to sit in the chair, and passers-through would unknowingly sit down to rest their legs. Supposed victims of the chair include several soldiers during WW2, sadly none of whom returned from the war, two air force pilots who were caught in a freak driving accident just after they left the pub, a mason who tested his fate by sitting in the chair, only to die that afternoon after falling into a deep crater at his job site, a roofer who sat in the chair and shortly after passed when his workspace collapsed in, and even a cleaning lady who fell into the chair contracted a fatal illness and passed away soon after, to name but a few.

Eventually, the pub’s owner asked for a local museum to retrieve and safely display the chair, as to prevent any further untimely passing!

As legend has it, Anna Baker, daughter to wealthy ironmaster Elias Baker, had fallen deeply in love with a local steelworker and they became privately engaged. The pair even went as far as to purchase a beautiful wedding dress for Anna to wear at the ceremony. 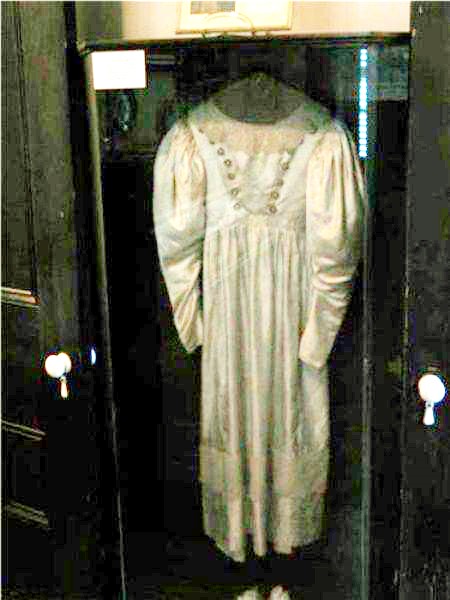 However, when Elias discovered their secret plan to marry, he forbode Anna from marrying the ‘lower class’ steelworker and ensured the pair could never be together. Tragically, the ruling stuck, and Anna Baker died an old maid in 1914.

The Baker Mansion eventually became The Baker Mansion History Museum (pictured below), where the wedding dress remained on display for years to come. Staff and visitors to the mansion had reported that the dress would appear to dance all by itself, its sleeves fluttering and the matching slippers tapping as if moved by a non-existent wind. 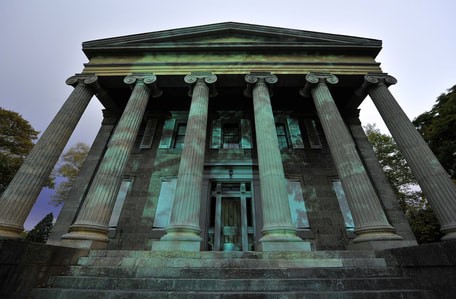 It’s a good job our spirit-proof storage unit is so spacious because this is a big one (literally). 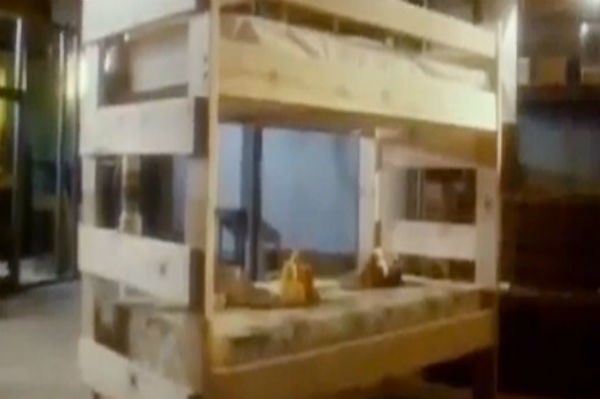 In 1986 Deborah and Allen Tallman moved their young children into a house on Larrabee Street in Herrin Wisconsin. In 1987 the parents purchased a set of second-hand bunk beds for the children for only $100 but stored them in the basement for some time before finding the time to assemble them. After the bunk beds were brought up and assembled the children settled down to spend the first night in their new beds, and it’s said that paranormal activity began almost immediately.

The first reported experience was that the children’s bedroom radio miraculously came on by itself and began blaring music in the middle of the night – as the children observed the radio, they witnessed the tuning dial turn and rotate by itself too! Shortly after, the children also both started to experience random bouts of illness and sickness, an issue neither of them had faced until the bunk beds were brought into their bedroom. 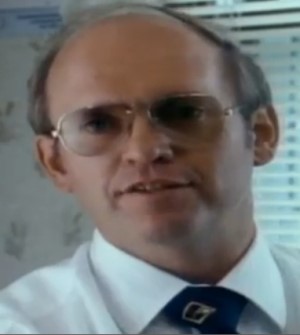 It wasn’t just the children who had paranormal experiences in the house too; Mr Tallman reports having many encounters with the unknown entity, having his decorating supplies moved around during the renovation of the basement (where the beds had been previously stored!) to having otherworldly voices calling out to him, threatening him and eventually hurling objects in his direction when he finally challenged them!

So, there you have our list of five freaky artefacts – remember, if your excess of items and artefacts are starting to send a shiver down your spine, you can store them safely and securely at your local SureStore self-storage facility!

As a spooky storage-based Halloween surprise, here’s a shot-for-shot recreation of a famous scene from one of our favourite horror classics!