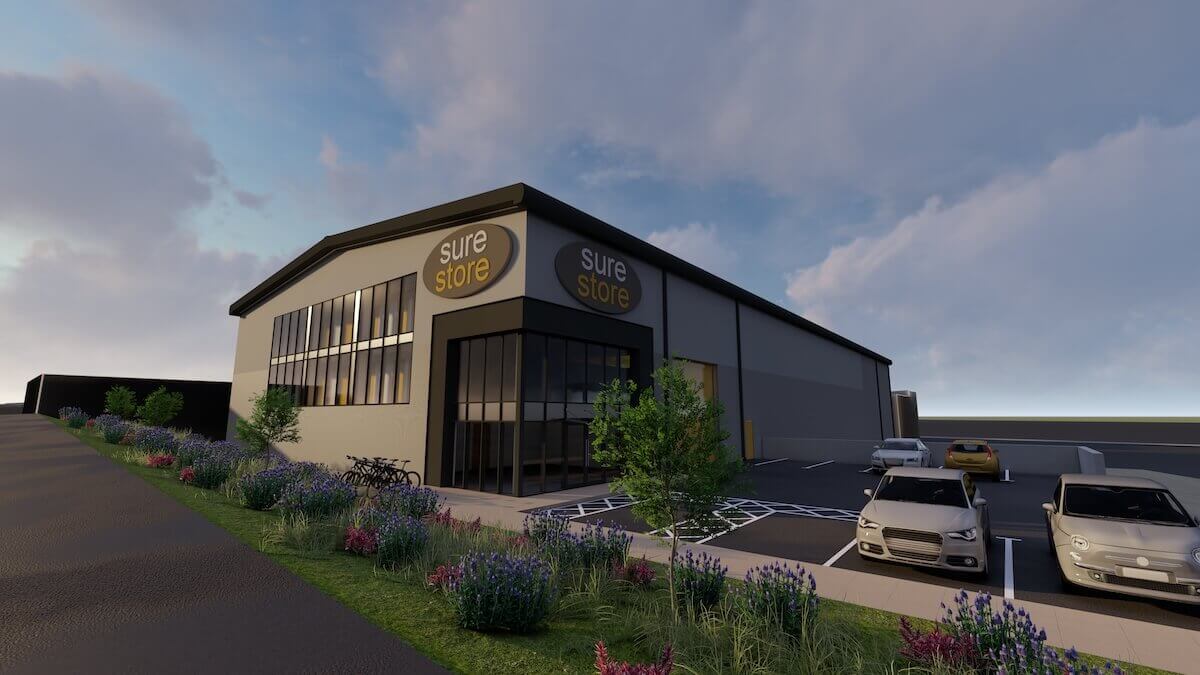 Unlike traditional self storage, SureStore provides a fully-managed storage service to residential and business customers in its local area. SureStore has acquired the site to create the region’s newest storage facility, having secured a £multi-million investment to help realise its ambitious growth plans from private equity funders, Seneca Partners back in summer 2018. Currently, the company operates three facilities across the Midlands and North West, including Bolton, Cannock and Northwich, with plans to open a further seven facilities, including Lichfield, within the next twelve months.

The new 45,000 sq ft state-of-the-art facility will be built by Hortons’ Estate on behalf of SureStore. Construction has already started with completion scheduled for September 2019.

Hortons’ Estate acquired the site at No.7 Eastern Avenue from Tempest Ford in 2017. The site was most recently occupied by ladies’ lingerie manufacturer Naturana, until the factory’s closure in 2015.

The factory units have since been demolished to make way for the redevelopment of the site.

Richard Norgrove, Property Director at Hortons’ Estate, said: “We are delighted to have worked with SureStore to facilitate the opening of its new facility on Eastern Avenue. “Lichfield District Council has been supportive throughout the process and we look forward to seeing the new unit operating later this year.”

Mike Wilson, Managing Director at SureStore, commented: “The site on Eastern Avenue is a great location for our latest storage venture, being close to several major arterial roads. We are excited at the prospect of becoming an active member of the business community in Lichfield when we open our doors in the autumn.”